It was so tempting to open a job board and get a desk job with a salary. That forgotten sweet feeling when money just comes up automatically every month. Pure magic 🤤

Instead, I opened Namecheap and purchased the domain name unicornplatform.com and began to work on a new startup.

I had an itchy idea in my head. I was strongly sure the world needs a simple landing page builder. Not vague "simple" as stated in the ads you saw on the Web. But truly simple.

I already told you about my journey in numerous places. This story got an exciting continuation which I want to share with you. My company was acquired.

I was close to a despair

I thought making a SaaS is hard. That was tricky but doable. Getting customers on the over-flooded market? Not so easy, but I could figure that out too.

At some point, I was overwhelmed with the daily routine. Fighting bots, attackers and scammers, managing the team, keeping eye on SSL certificates and servers, coding, replying to alike emails with weird offers, monitoring social networks, and chasing bugs. Every other day was like the previous one. I was moving toward depression. Slowly, but steadily.

I could predict it is not going to a good end. And I had to manage this out before I exhaust. I tried to find a cofounder or expand the team to delegate as much work as possible. But finding the right persons and establishing processes has always been my weak point.

So I started thinking of selling Unicorn Platform.

However, I never really wanted to do it. I was too scared to repeat the sorrowful fate of Launchaco. Launchaco is a simple landing page builder for startups, just like Unicorn Platform. I was heavily inspired by it back then in 2018. Immediately after the launch, Launchaco got a huge fan base. However, a few years later, the owners sold their SaaS to a big company. Right after the announcement, the project literally turned into a stone. There were no updates, no bug fixes, no news neither from the founders nor from the new owners, their app is flooded with scam websites and they do nothing with this. Their Twitter and Facebook pages are full of complaints and no one seems to care. This was the worst scenario I could imagine for Unicorn Platform. So selling it to a big company was not an option.

I imagined there could be somebody who shares the vision of Unicorn Platform. Who does not just want to acquire and use the asset, but also believes in the power of simplicity. A person who wants to help me to manage the boring part of Unicorn Platform without interfering with the fun part.

That sounds too romantic, doesn’t it? 😳

I used to get acquisition offers from companies and individuals but I used to reject all of them. That was a big mistake because I lost opportunities to connect with amazing people. I started discussing incoming requests.

One of the messages was from John Rush, the serial entrepreneur, and a startup guy.

We had a funny call that looked more like a monologue 😅 All John was talking about was hi company, Mars.

Imagine you are going to have an important call about the acquisition of your company. You prepared reports, numbers, sheets, pitch deck, and some other serious stuff. But those are just ignored in regard to a huge pitch 😅😅😅😅😅

That “Mars thing” really touched my heart. John was speaking the same language and thinking the same way I did. John is also a way more experienced and talented entrepreneur who proved he can make amazing things. It is crucial to me. There are a lot of visionaries who want you to follow them. But only some can really make what they are dreaming about and turn their words into living products. John can.

I decided to travel to his city and meet him personally. I spent amazing days at his family’s house. John presented me Mars thoroughly and I was sold. I got inspired so much that I wanted to participate in this big movement. John said ‘yes’ and this is how we married.

How does it feel?

You may think it feels like the story has been completed. The mission is accomplished. The end. But to me, it feels exactly the opposite. It feels like it is the very beginning. Like I got an opportunity to bring even more value to the world. To spread my vision to a wider audience and with a help of talented like-minded persons.

My mission at Mars is to help it get adopted by the world. We attract startup founders, indie makers (you), programmers, and designers. Our end goal is to make Mars the default solution for any web or mobile app.

Having both projects in my head takes much energy. It’s hard to jump between the two and keep a sharp focus. I often end up just procrastinating because there are too many tasks to do. Each one requires creativity and wit.

I also suffer from imposter syndrome. When you work alone for a long time you do not know how truly skillful and experienced you are. It makes me doubtful I can help Mars to achieve its big goal.

I also get a monthly salary now! It feels great. Even though I earn times less money now 🙂

Will you buy a sports car now?

I already own the coolest car in the world: Honda Civic 5 gen. I do not need any other vehicle.

I plan to invest money in talented indie startup founders.

Mars is a platform for making apps.

It is a no-code tool with the ability to switch to a pure code view to make a customization.

This ability is critical.

Unlike many other no-code tools, Mars offers access to the code part of what you built. Other tools allow you to pile up plain JavaScript above its no-code components. So technically you can add code to your app, but it will be ad-hoc. You still do not have access to your app’s core. You can not change it in the way you want.

Any no-code product comes to a point when the default settings are not enough. Sooner or later, your project will get traction and you will need custom editions. If you go with the traditional no-code tool, you will face a problem. If you go with Mars, you will be able to smoothly transition your MVP to an enterprise-level app. And you will be still able to edit the simple things in the no-code view and hire a programmer to code special things simultaneously.

There are more innovations in Mars’ underhood. Reversal switching from no-code mode into code mode is only one of the revolutionary ideas John and the team invented.

Since 2018 Mars got a few hundred happy users: startup founders, indie makers, students, programmers, and freelancers. Today Mars is going into a new phase. We will make a leap from 200 users to millions.

It is great to know Mars gives me exactly the same itchy feeling. The world needs Mars and we must give it to people. The strong gut feeling that forced me to create Unicorn Platform drives me forward again. Feeling happy, excited, and adventurous.

I will continue evolving Unicorn Platform as CEO. I told how we will treat our existing users in the company blog post.

In short, we will keep working on Unicorn Platform and eventually move it to the Mars technology. Once the transition is done, it will be times easier to ship new updates.

Besides, we will make the Unicorn Platform code available to others by wrapping it into a Mars micro-app. Thus, as a Mars user, you will be able to clone Unicorn Platform, name it e.g. Pony Platform, and launch your own landing page builder SaaS. More competition, more good for the users 🙂

Thanks for reading this! 🙏 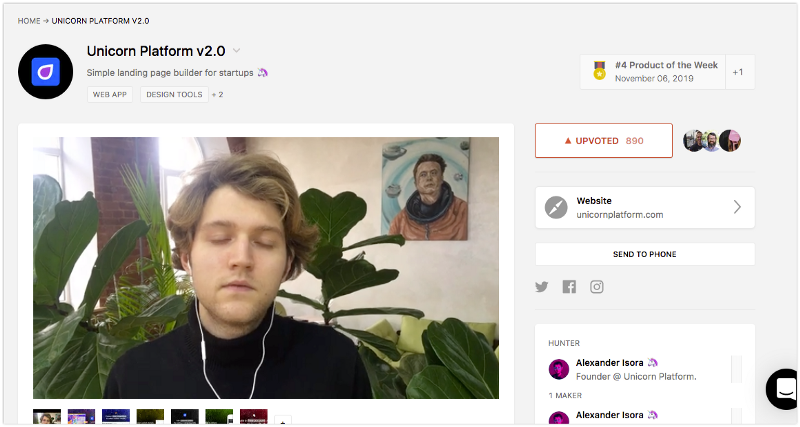 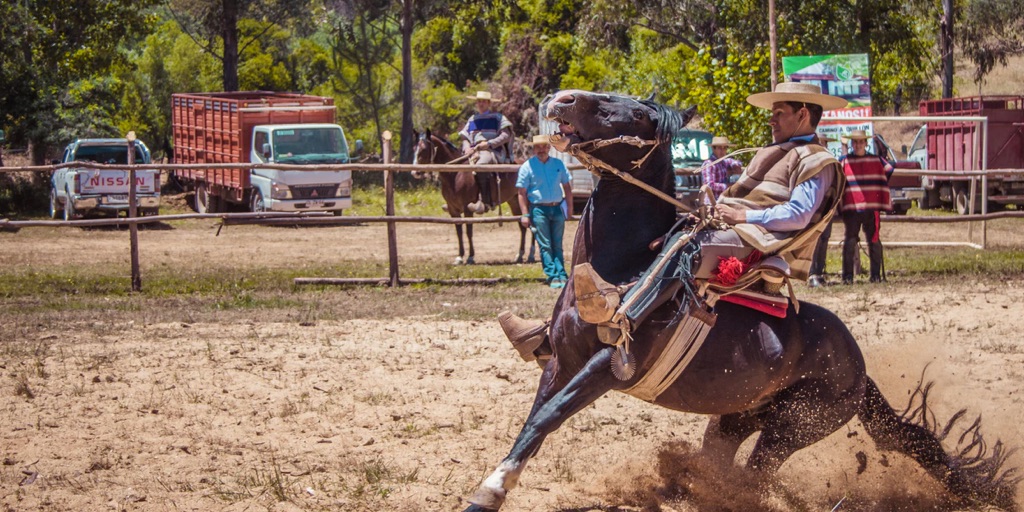 How to Name Your Startup

Bootstrapping a SaaS with Paddle and Google Firebase Auth

We use cookies to improve your experience on our site.